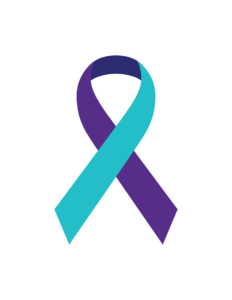 The burden of suicide is tremendous – especially here in the U.S. According to the Centers for Disease Control, which tracks mortality rates and causes in the U.S., more than 41,000 people took their own lives in 2013. It was the 10th most frequent cause of death in America, claiming the life of 112 people every day.

Though not all people who commit suicide fit a particular risk profile, there are certain factors that are more common among victims. For example, four men take their lives in this country for every one woman. In fact, white men representing 70 percent of all the suicides that occurred in 2013. Of course, this does not take into account the much higher rates of unsuccessful suicide attempts, which are especially common among youth and women. Females attempt suicide three times as often as males, and approximately 25 teenagers attempt suicide for everyone successful attempt. Additionally, middle-aged individuals and elderly people over age 85 carry the highest age-related risk of suicidal tendencies, representing nearly 40 percent of all suicides in the U.S.

Several lifestyle, relational and mental health factors also contribute to a person’s individual risk of committing suicide. Links between substance abuse and suicide are especially high, as is the association between depression and other mental health disorders. This is especially true when a person faces barriers to accessing professional treatment, whether due to physical, financial or emotional reasons. Other suicide risk factors include family history of suicide, impulsive tendencies and diagnosis of a fatal or long-term illness.

Recognizing the Signs of Suicidal Tendencies

In honor of Suicide Prevention Day, our goal is to shed light on the preventive nature of suicide – especially when friends and loved ones are aware of its signs. Unlike physical illnesses, which are prevented by healthcare providers, suicide prevention is a social issue that rests on the shoulders of friends and family. It is important to know the warning signs, which may include:

Increased abuse of drugs or alcohol

Talking about being a burden to others

If you feel that a loved one may be having suicidal thoughts or tendencies, do not wait to take action. The U.S. Department of Health and Human Services recommends addressing your concern directly, asking your loved one if he or she is considering suicide. A person who is having suicidal thoughts or tendencies should never be left alone or within easy access to lethal weapons or substances.

Anyone who is displaying signs of suicidal thoughts or tendencies should seek professional treatment immediately. For more information about suicide signs and prevention, contact us here at Recovery Now.

How can we help you?

“Wondering if you are a cell phone addict or a tech junkie?

Take our self-test to find out.

To complete a Stress Test to measure your stress , please visit